Riley Haupt was born an 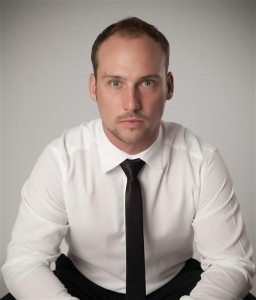 d raised in the city of Manitowoc, Wisconsin. For as long as he can remember, music and performing has been his core interest and focus. By playing the violin at the age of four, he studied the Suzuki Method which planted the seed for music and the stage. He eventually transitioned from the violin to percussion and singing. His love for drumming, singing and acting, took him through his younger school years in Manitowoc performing for many different musicals, recitals, solo/ensembles and plays.

After high school Riley attended one year at Columbia College of Chicago studying musical theatre. Then he finished his Associates in Arts and Science at the University of Wisconsin-Manitowoc. Finally, Riley graduated with his Bachelor’s in Music focusing on voice and teaching, from the University of Wisconsin-Milwaukee. While attending college, Riley would perform on the weekends as a guitarist/vocalist and when he wasn’t performing he was bartending at different restaurants and pubs. While studying he also found his passion for business by running a communication franchise called Excel Telecommunications, where he learned a lot about the business field. Riley then partnered up with Terry Stevenson in 2004 where magic started happening with the creation of Lakeshores Rising Stars. After co-producing three successful years of Lakeshores Rising Stars, he began to utilize his talents to see the world.

After his last semester of college, Riley began performing on cruise ships. He traveled to six out of the seven continents, seeing over 50 different countries and meeting people all around the world. He would perform as a soloist in the many different venues around the ship including shows on the main stage. With the use of his looper pedal, percussion, beat box skills, guitar, voice, the involvement of the fans, and sometimes adding a full band, he would build a family feel environment with everyone involved. When he is not sailing or traveling the world, he performs and hosts private events, functions, business party, weddings and pubs. For his future goals, he will strive to improve his performance, entertainment and musicality, but also is focusing on being his own boss.

Riley is proud and excited for this new coming season of Lakeshores Rising Stars and is happy to be producing with Terry Stevenson once again and their new partner Brennan Seehafer. With the three of them working together they plan to entertain and fulfill their audience like no other, giving them the wow factor that Manitowoc desires and deserves for a summer to remember.

Riley would like to thank his beautiful girlfriend Loredana, his family and his friends for their love and support. He thanks the many sponsors that believe in him and the team of Lakeshores Rising Stars. Most importantly he thanks the Lord above for helping him through everything. Riley believes in love and that showing love and a positive attitude towards everyone and everything is what will make a difference in many lives for the better.